All over Combe Down there are signs of past mining but, like so much in archaeology, you have to look carefully. Some of the more obvious signs of mining history might begin with place names. Rock Lane, Rock Hall Lane, Rock Cottages, Quarry Close, Stonehouse Lane and of course the several Byfields clearly have associations. Ralph Allen, De Montalt (and his wife Isabella) and Hadleigh have all left their mark though the many other quarry owners we know about have not.

Physical evidence is less obvious. We know that Ralph Allen Drive and The Avenue were originally Allen’s cart-ways, but no signs remain. However, many quarry entrances such as those to the west of Combe Road remain and these will be known to older residents who knew the underground passages well from their childhood. Other poignant evidence of access is found in a number of steps and wells penetrating the mines. Sadly, the steps with a beautifully corbelled  roof from by the Hadleigh Arms had to be concrete filled in the emergency stabilisation, though the well can still be seen inside the premises. There is another well below the King William IV and doubtless other bricked up entrances such as the one behind what was known as De Montalt Place. 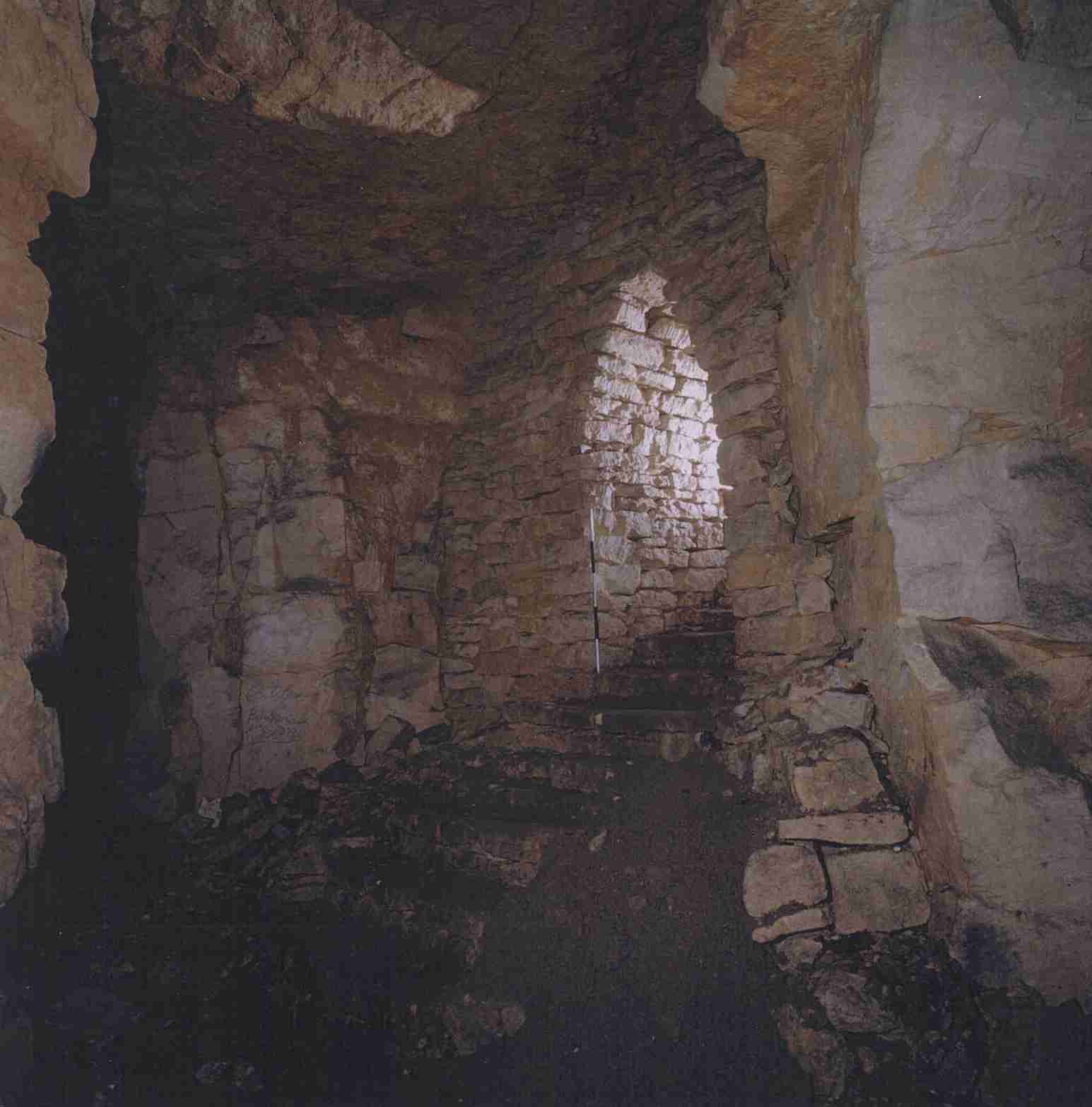 Steps with a corbelled roof

Also scattered throughout this area are mine shaft heads, now all capped, but many originally large enough for cranes to bring up the stone. The best known of these is in Firs Field and it has the remains of its surrounding wall in the grass below a chestnut tree. There are at least two cranes still in existence, the one shown being recently inspected by the archaeologists.

On a larger scale, open cast quarries, many worked in the 18th Century, changed the lie of the land so that the hillside between Church Road and Summer Lane now has quite a different profile. The houses in Quarry Vale lie against a quarry face and the school next to it was built on backfilled ground. Further east the steeply sloping garden below Belmont Road suggest previous mining activity though the finding of Roman pottery (see Chap.3 p.7 of this BathNES Council survey) in gardens near Summer Lane means that the ground here was undisturbed. 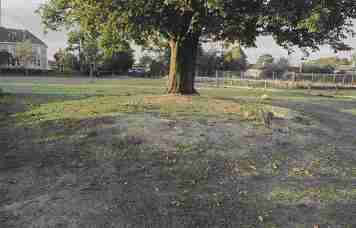 Planning Conditions were imposed on the Stabilisation Scheme, some of them to mitigate the inevitable loss and damage caused by it. Very little was said about this ‘surface archaeology’ and the Society holds a watching brief on what might be done to make some signs of the industry’s heritage available to future generations.

We have a Project to collect information on surface features of the mining and where feasible, to preserve some of the best examples. We might for instance have a mine shaft head … and perhaps even a restored crane … on show in a public area of the village

2 thoughts on “The Mines Above Ground”